I am soon to head to Minneapolis in my capacity as a consultant and speaker at the Prince From Minneapolis Symposium.

The event will take place in the city that Prince was proud to hail from. Continuing to live and work there, he put the city firmly on the map of the music industry through the Minneapolis Sound. Until his unexpected death on April 21, 2016, he hosted parties for local fans at his Paisley Park studio. Prince is probably the only global megastar who has remained so embedded in the cultural life of his hometown.

The symposium will investigate Prince’s unique relation to Minneapolis and Minnesota. It will ask what demographic, cultural, and economic conditions were in place for Prince to emerge as a musical genius? How was a new sound born from a small African American population in a largely white and segregated state? Why did Prince stay there? How did he reinvent the aesthetics and politics of blackness? How did he simultaneously cross over to white and international audiences? How did Minnesotans, both queer and straight, react to Prince’s ambivalent black male sexuality? How is Minneapolis represented in Purple Rain? How do we interpret his spiritual explorations? What kind of utopia did Paisley Park embody? What was Prince’s mode of operation in the studio? How did the Minneapolis sound affect hiphop, jazz, rock, and electronic dance music? Why do music tourists flock to this city from Europe and Australia?

Appreciating Prince’s cultural impact will provide a window on fundamental questions in US and Minnesotan society. At a time when the political achievements of the 1960s are under threat, we hope understanding where Prince comes from will make some room for reimagining social change.

​I am proud to join an interdisciplinary team of scholars, artists, and music industry professionals with a passion for studying Prince’s significance to the world of music and to the Twin Cities.

As well as a range of diverse academic papers, we have a number of sessions taking place that will engage fans, the local community and the music industry including from some of Prince’s closest collaborators including Dr Fink, Mayte Garcia and Shelby J. 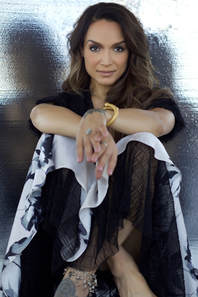 Our opening keynote is by Jeff Chang in discussion with Daphne Brooks,

Jeff Chang is Social Historian at the Institute for Diversity in the Arts, Stanford University
who has written extensively on the intersection of race, art, and civil rights, and the socio-political forces that guided the hip-hop generation. As a speaker, he brings fresh energy and sweep to the essential American story, offering an invaluable interpretation at a time when race defines the national conversation. His latest book, We Gon’ Be Alright: Notes on Race and Resegregation, questions why we keep talking about diversity even as American society is resegregating, both racially and economically.

Daphne A. Brooks is Professor of African American Studies, Theater Studies, American Studies, and Women’s, Gender, and Sexuality Studies at Yale University. She is the author of two books: Bodies in Dissent: Spectacular Performances of Race and Freedom, 1850-1910 (Duke University Press, 2006) and Jeff Buckley’s Grace (Continuum, 2005). She has published numerous articles on the intersectional politics of popular music culture. Brooks is currently working on a three-volume study of black women and popular music culture entitled Subterranean Blues: Black Women Sound Modernity. The first volume in the trilogy, Liner Notes for the Revolution: The Archive, the Critic, and Black Feminist Musicking is forthcoming from Harvard University Press. Brooks is also the author of the liner notes for The Complete Tammi Terrell (Universal A&R, 2010) and Take a Look: Aretha Franklin Complete on Columbia (Sony, 2011). In 2017, Brooks served as the chief conference coordinator of the conference “Blackstar Rising and the Purple Reign: Celebrating the Legacies of David Bowie and Prince” at Yale University.

More information on our range of speakers can be found here:

The full schedule of papers and events is published here:

I am delighted to be presenting work with Professor Mike Alleyne on Prince and visual identity: post-Purple Rain. Mike Alleyne co-organised Purple Reign: An Interdisciplinary Conference on the Life and Legacy of Prince The University of Salford, UK with me in May 2017,

My participation in the symposium is a part of a larger academic and public engagement project on the life and legacy of Prince from the School of Arts and Media at The University of Salford, UK.

More information  will be released soon.