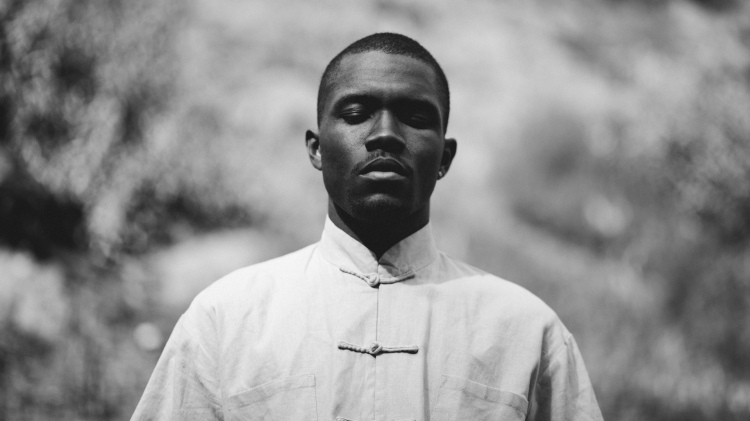 Fans of R&B superstar Frank Ocean have been whipped into a frenzy. The release of Boys Don’t Cry, the follow-up album to 2012’s critically acclaimed Channel Orange, has been a long time coming. And after a series of cryptic clues hinted that the album was to be released on Friday August 5 turned out to be baseless and no verified release date announced, frustration is high. But Ocean’s methods demonstrate just how far the use of mystery goes in today’s cluttered music market.

Last summer, Ocean promised the new album would be released in 2016. But no hint of a date appeared. On July 2 he posted an image of a punch card littered with missed deadlines for Boys Don’t Cry. The singer songwriter has gently toyed with his fan base since the new album was initially expected to be released in 2015, but its delay has contributed to mass frustration among his fans.
The public commentary by those in the know has exacerbated this frustration. In March 2016, Ocean’s producer Malay said that the album was “maybe a month away”. Artist James Blake worked on the album and has called it “better” than Channel Orange. In February this year new Ocean music was leaked online, supposedly after a secret listening party. The untitled snippets were later removed due to copyright issues.

Given this context, fans and the wider media alike were fixated on Ocean’s website when it began streaming mysterious footage early on August 1. It appeared that all was due to be revealed, the album finally released. But frustration quickly mounted – instead of the expected new tracks viewers were treated to a 48-hour livestream of a warehouse equipped with carpentry workbenches and speakers.

After a number of hours, a person who appeared to be Ocean became visible and proceeded to saw wooden boards into pieces. Later, the individual drilled holes and sliced metal poles. Intermittently, the person stopped work to check their phone. Throughout the footage, instrumental music played and the camera cut to alternate angles. It began to be believed that Ocean’s album would be released on Friday August 5. The day passed and no album appeared. But the enigma that is Frank Ocean was cemented.

Ocean is by no means the first to attempt to curate a sense of mystery, but in an age of oversharing, constructing anticipation on this level is difficult to achieve. There are few mainstream artists that can create such a feverish buzz on a mass scale. We see “buzz” being generated around artists through social media so often that it loses its power.

Ocean clearly knows this. Despite driving many crazy, the strategy he is adopting is a way of maintaining integrity and constructing an enigma in a culture that moves at a frenetic pace. The cryptic release strategy has of course created a spike in traffic to his website and his presence across almost all social media platforms has increased. According to Forbes, Ocean saw a near doubling of video views on both YouTube and Vevo – all without actually releasing any new music. Page views on Wikipedia are up more than 300%. On August 4, Ocean was a top trending search on Google, at more than half a million searches.
There are few artists that can find themselves in the spotlight, creating this kind of attention, by doing so little. This is, of course, an ideal position to be in when the long-awaited album finally arrives. His emphasis on a slowed down approach to the construction of the work and the labour involved presents Ocean as an artist who values the quality of the work – as a personal statement – over prolific output. Ocean, who has no official Twitter or Instagram account, has developed a sense of artistic integrity in an era where the concept is increasingly elusive.

This behaviour attracts both admiration and frustration, often in equal measure. Since the video footage was released, fans have dedicated an intense amount of energy to deconstructing its meaning. Images of the singer have been discovered in the code of the website. The footage deconstructed in minute detail – down to the type of saw Ocean held and the type of work for which it is commonly used. Apple employees, whose logo appeared in the video, were reportedly bombarded by eager fans demanding more information.

Another star who built his career on curated mystery was Prince, who Ocean has attested to being a fan of. Rarely giving interviews, allowing the music to be its own voice and a dedication to maintaining his privacy, he constructed a shimmering indeterminacy that lasted his entire career.

Yet Prince was famous long before the digital era dawned. In the contemporary social media driven music industry, artists must share and engage to maintain their fan base. Ocean’s careful disengagement with the main form of promotion available to artists presents a rebellious streak which is in keeping with his elegantly elusive music, the complex and knowing sensibility of which belies his entrance into the music industry via the controversial Los Angeles rap collective Odd Future.
Back when he entered the scene, Ocean’s music appeared challenging in a context where R&B was dominated by the slick, polished material of artists such as Chris Brown and Usher. Ocean wrote of familiar topics in the trope of the genre, but also of gay marriage, Islam, suicide and his absent father, topics that mainstream R&B rarely addressed. At the same time, the songs borrowed elements of popular songs from Coldplay and The Eagles, demonstrating the breadth of Ocean’s influences. After Channel Orange was released, Ocean became the epitome of a new R&B, arguably influencing the likes of Beyoncé’s Lemonade and Kanye West’s The Life of Pablo.

Ocean stands for artistic integrity and freedom of expression. He elegantly cultivates an elusive quality that has become his trademark and which has allowed him to remain in the spotlight in an era of over-saturation. Whenever the album is finally released (current rumours suggest November) this protracted period of seeming inactivity has proven that entrance into the inner life of Frank Ocean must be respected. And that, in and of itself, is worth waiting for.